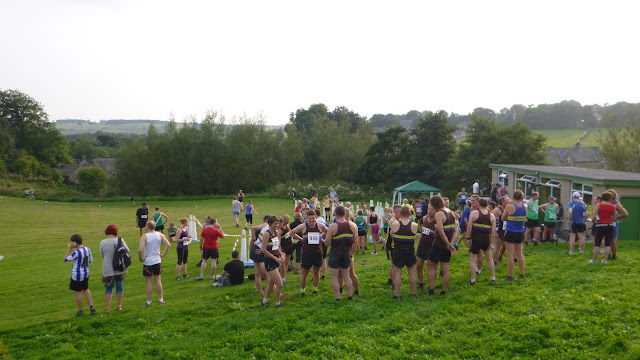 50th birthday celebrations followed by no running for a week resulted in my first Woodbank Parkrun time (normal route) of over 23 minutes since August 2012. That would never do with the Ultra Trail du Mont Blanc nearly upon me, so as a last ditch attempt to fettle the fitness back to where it should have been prior to becoming old, I decided to squeeze in this evening race from Eyam before my departure for Chamonix. It required a prompt departure straight from work and a change at the back of the car, but I didn't regret this impromptu racing opportunity.

This was my first time on this event and my first race from the famous plague village. It's a superb race that tests the lungs and the legs like the best of them, and the eyesight too when we're plunged into the dark woods with the root-infested footpaths; then there's that cheeky little climb just before the finish when we think we're already on the final descent. I was glad I'd researched others' race reports beforehand and was ready for it, otherwise I might not have been able to overtake a few on the final, final descent and half circuit of the sports field to the line. 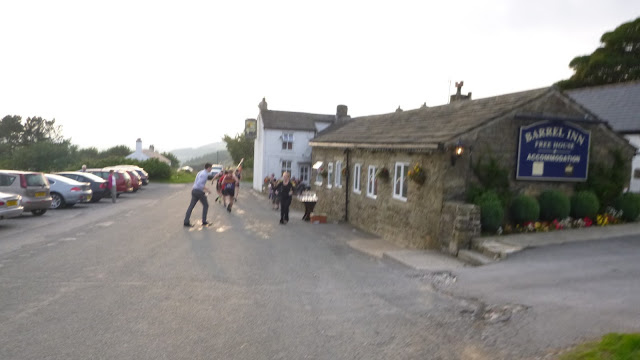 We got to enjoy a perfect summer's evening. It was good to see the usual suspects Caitlin Rice and Chris Jackson of Glossopdale Harriers once again. Whenever I turn up to a local fell race, there they are! It's that serial compulsive fell racing; it breeds speed. It's all good. :-) 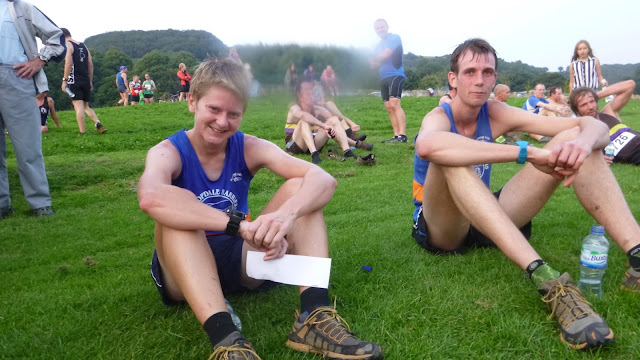 Caitlin and Chris already well finished by the time I collapsed across the line.

This is a good race for first-timers who want to try out a bit of fell racing, as long as they are prepared to be out there for an hour plus.

I took pictures but some of the action shots are a bit blurred. Running and snapping are not conducive to photographic excellence.

As a postscript, on my return journey to Stockport the A6 to the bypass had just been closed for night-time resurfacing so I got to enjoy a reroute in the wrong direction to Buxton, then home via the old road up Long Hill. It wasn't all bad. I was able to reminisce about the Shining Tor and Goyt's Moss fell races as I passed the turn-off to the Goyt Valley.
Posted by Nick at 22:13 No comments: 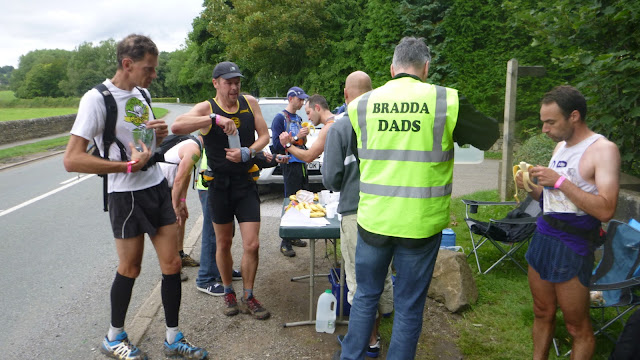 This came 3 days after the Cracken Edge PB. Conditions this year were dry as usual though a little cooler, so conducive to another PB if the body would hold out. We were sent on our way from Bradwell up through the cement works, the usual scenario of previous years playing out:
I walk/jog uphill at what seems like a sustainable pace before I begin to get overtaken;
Andy Robinson will be an early overtaker to vanish ahead into the distance;
Karen Nash is somewhere behind, complaining of something or other that's slowing her down, but it won't be long before she passes and continues to a storming finish.
It all comes to pass. 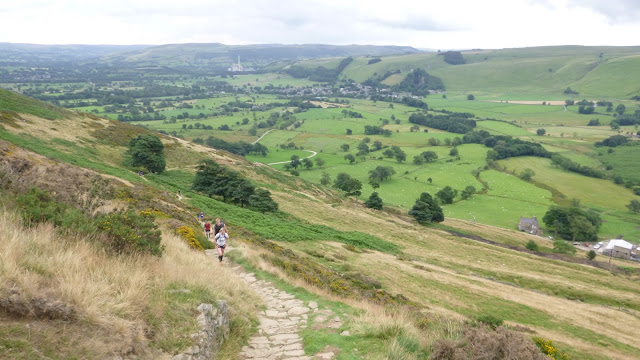 Climbing to Hollins Cross with Hope cement works near the horizon. 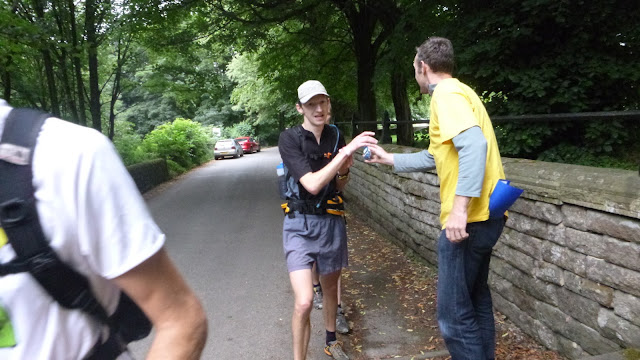 Dibbing via the powers of Sportident at Edale.

I felt sorry for Jim Mann this year. Given to considerable speed, I was very surprised to get overtaken by him on the climb to Lose Hill. He'd gone walkabout off route. It happened again on the approach to CP8 above Ladybower. He'd been for a drink at a passing pub (yeah right). It happened again at the quarry at Bole Hill (he climbing up from the opposite direction). By that time he was resigned to the mediocrity of the masses, time-wise. Poor Jim. We enjoyed each other's company until the final manned checkpoint at Leadmill Bridge. 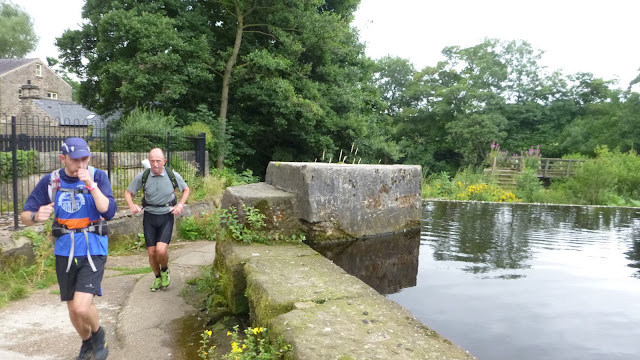 As for my performance, based on recent examples I expected a PB, but I exceeded even my wildest expectations. The usual slowdown and nursemaiding myself along with sustenance after 2 hours never materialised. I continued to run strongly until after CP15 at Leadmill Bridge with 5 miles to go, when the nursemaiding finally began. 6:49 was an all-time PB by 40 minutes since this event's first running in 2009, and 1hr 8mins faster than last year. PB15 of the year. I-is-animal, make no mistake. ;-)

Coming back down to earth and reality, Stuart Walker broke the course record with 4:53. HE is animal!

I enjoyed the rare opportunity of company all the way round, running with Jamie Wood and Paul Skuse. Jamie suffered the dreaded nipple-chafe early on, drawing considerable quantities of blood, yet he battled on to the finish with barely a complaint. Micropore tape next time, Jamie. 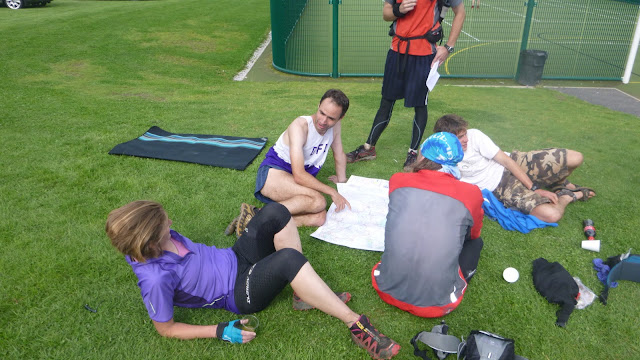